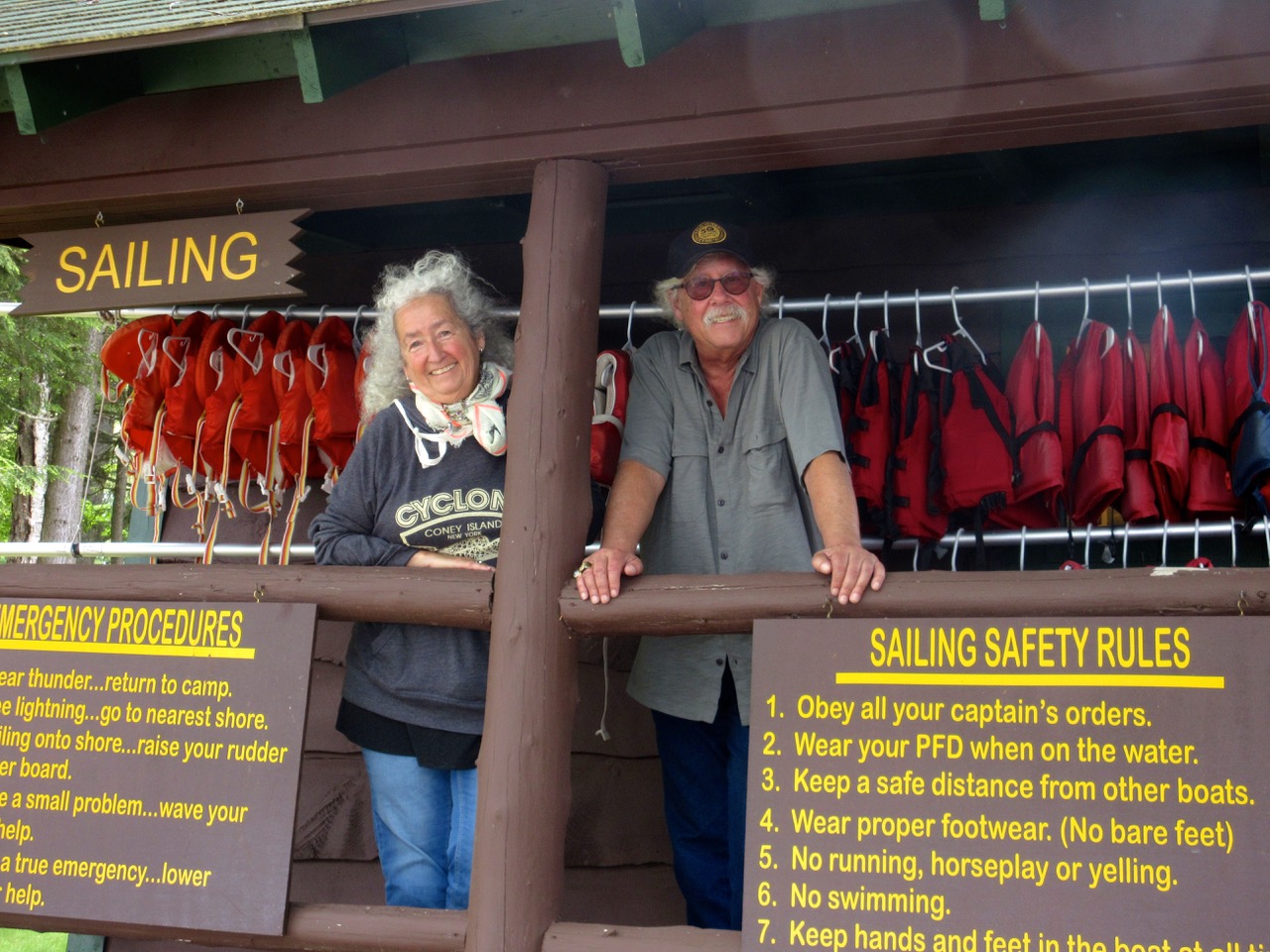 While my daughters, Cathy and Annie are with Cindy Bradley in Las Vegas celebrating their 21st year of working at Rising Son Records, and generally managing the unmanageable me, I arrived back at The Farm after a quick trip to Barre, VT followed by an excursion to Raquette Lake, NY. The show in Vermont was a benefit to raise funds to complete a film about Victor Jara. I shared the bill with Peter Yarrow, who I’ve worked with many times over the years. The trek thru the Adirondacks was especially fun. I was met by my sister, Nora and her husband, Michael. We were joined by my friend, Marti who was especially helpful in Barre as well. Nora and I, along with our brother, Joady had attended summer camp at Raquette Lake from 1955 thru 1959. I hadn’t been back there since those days, and it was wonderful to finally get a few days to return to our youth. The area was essentially the same as when we left it - Still beautiful. We were warmly greeted by the owners, Kathi and Eddie Lapidus, as their staff of hundreds of young people from all over the world prepared for the upcoming season. It’s a monumental effort. We stayed at the Great Pines Resorts just down the road from Raquette in Old Forge, NY. And I loved having a room overlooking Fourth Lake. The food and drink - awesome and I’m thinking I'll need to return again sometime after the summer season comes to a close. This was too short a visit. I need days of sunrises and sunsets with my cameras. The call of the loons over the water was something you don’t get to hear everywhere - It was magical. I love being in the semi-wilderness with cameras in hand, but even just sitting by the lakes and hearing the sounds was enuff to take me back to times when everything seemed right without all the craziness that seems to come with getting older and living in the world as we know it these days.We returned to The Farm in Western Massachusetts greeted by some kind of heat wave sweeping thru the Northeast - The days are precious heat notwithstanding. Typically, I was making coffee an hour before the sunrise and was already awake by the time I was in the water by the time the sun came up. Having begun the day and it being the first day of the week (Monday), I’m preparing to get back to work. There’s lots going on as usual - Gigs to plan, trips to make, people to see, all the usual madness of being me.
This summer (2017) I’ll be roaming around with just a few friends doing about a dozen gigs, mostly in the Northeast. I haven’t done solo gigs for awhile, but I'll enjoy the opportunity of having to get my chops back - where there’s no one to help. There are a few shows where my daughter, Sarah Lee is also on the bill, so it’ll make it a little easier for me. We do have a lot of fun out on the road together. But, mostly summer remains what it was when I was a kid - a little more carefree, and a lot more outdoors. Abe and I will resume our plans for reconstructing the farm especially in places where it needs attention. And if we get the time, there’s recordings from the last tour that need to be gone thru, mixed and if there’s anything good, released. Time will tell.
Meanwhile, the sun is up, the heat is on, and I need to get back in the water. I hope we’ll see a few of you out along the trail this summer! It’s going to be good.