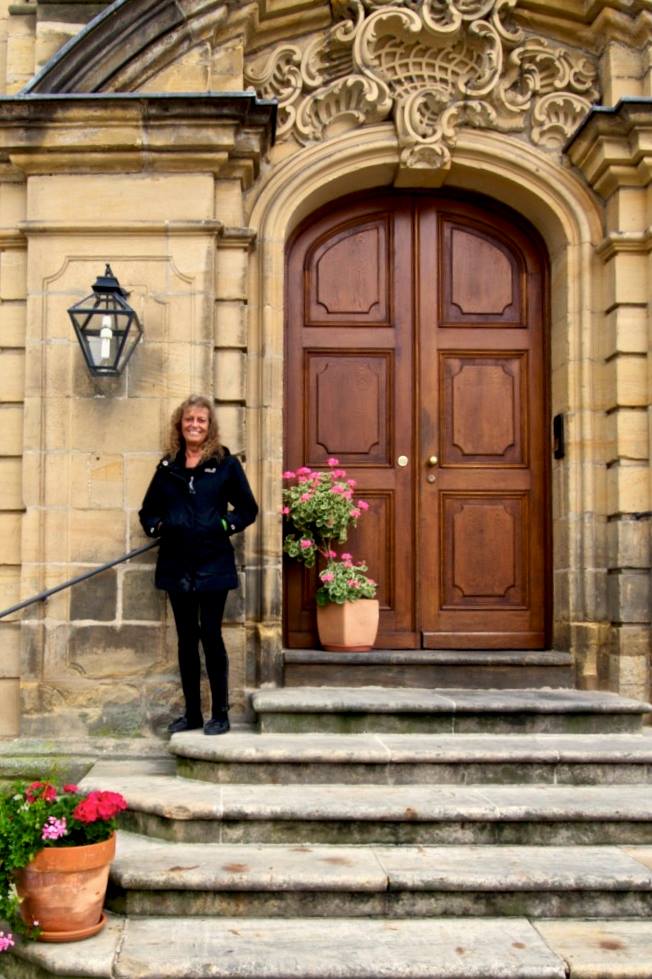 In 2011 just before her 67th birthday on July 25th, Jackie and I were overseas. We were staying at Kloster Banz in Bad Staffelstein, Bavaria, Germany for a gig there (picture above). It was a wonderful trip. We visited Paris with my sister, Nora, and her husband, Michael Kleff. I am still laughing when I remember how my sister took Jackie shopping in Paris. My wife did not have the shopping gene, as she normally wore cut-off jeans and tie-dye tee shirts. Nevertheless they came back with enough stuff to warrant the purchase of another piece of luggage.

We returned to The States and began a solo tour for the remainder of the summer, which morphed into The Boys Night Out Tour, and then in November of that year into a tour with our dear friend, Judy Collins. We had a lovely Christmas together at the CrabHouse at our newly completed home there. I had to leave New Years Day for a solo tour of Scandinavia, after which The Boys Night Out Tour resumed here in the US. And took us to many places until the tour ended in late Spring.

The summer of 2012 began in late July with with the entire family - The Guthrie Family Reunion Tour, starting at The Newport Folk Festival. We had celebrated Jackie's 68th birthday at home in The Berkshires just a few days earlier. We ended the Reunion Tour at Ravinia, the big venue in the Chicago area in late August. By that time, Jackie wasn't feeling well, but we all believed she was simply tired from the endless touring we'd been doing with the whole family.

I left Chicago with Sarah Lee for the last official Reunion show at the Tønder Festival in Denmark. And I continued to work overseas mostly in Ireland until I was called to return home in mid September, as Jackie was in the hospital in Great Barrington, MA and had been diagnosed with cancer. I cancelled the rest of the tour and returned home. In less than 5 weeks, after celebrating our 43rd anniversary on October 9th, at our home in Sebastian, FL, she had left this world.

So I'm here in Provincetown, MA with a few days off before our gig in nearby Truro, I'm with friends celebrating Jackie's birthday. It's not really the celebration of her birthday, it's the remembering of a life - all the good times, and a few not so good, that were worth everything - that gave meaning to my own life and the lives of our kids, and their kids. The continuous never-ending road that we got to share for a little while. It's that spirit of simple gratitude that I get to celebrate. And I am beyond all else, grateful.

Happy Birthday my love.... And Thank You.